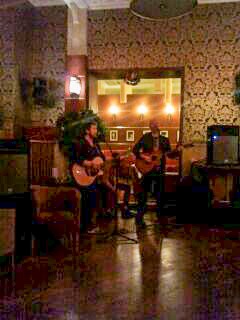 After an absence of over a year, Chris, Darryl and Gav from ChrisCooperBand performed a relaxed gig at the Jaz Cafe Bar in Hull on Tuesday playing songs rarely heard these days including obscure unrecorded tracks such as ‘Remnants’ along with classics from the Harbour album such as  ‘Streets’ and ‘Into the Blue’. They will be returning with the rest of the band soon along with another appearance at the Blue Lamp after last sundays acoustic gig there too.