ChrisCooperBand have a busy festival season with lineups for 2 festivals confirmed this week!

The band are appearing at 920 pm at the Carling Green Bricks Stage at Humber Street Sesh 2014 taking place on 2nd August in Hull!

Then on Bank Holiday Monday 25th August an appearance at the Grimsthorpe Festival at Grimsthorpe Castle near Bourne, Lincolnshire.

Both are fantastic events so get along and we’ll see you there!

For ticket details go to our Events page! 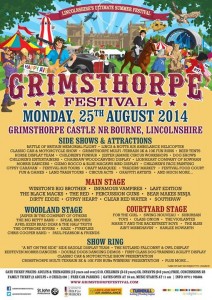