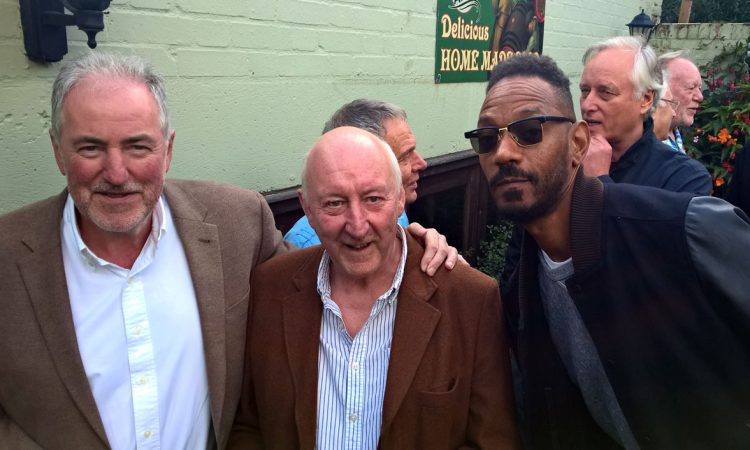 Island Records ‘get together’!

September 5th and Eddie Baird of Amazing Blondel (and current SmallcogMUSIC artist!) popped down to London with Darryl Ebbatson at the request of Phill Brown (producer of legendary bands such as Led Zeppelin, Rolling Stones, Roxy Music, Amazing Blondel and artists such as Jeff Beck, Dusty Springfield, Bob Marley and many, many more) to spend the afternoon in the company of old friends and acquaintances from Island Records at one of their occasional meet ups at a pub around the corner from the now converted Island Records Studio in St Peters Square, Hammersmith!

We took a few pictures which are in the Gallery of such people as the aforementioned Phill Brown, ex Amazing Blondel manager John Glover, Island Records singers Claire Hammill and Jess Roden and an appearance from the President of Island Records – Darcus Beese!