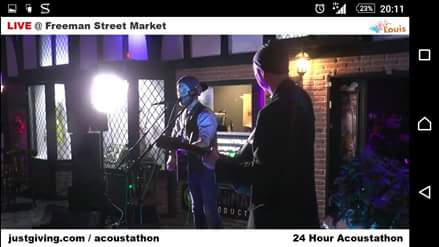 24hr Acoustathon streamed across the World! 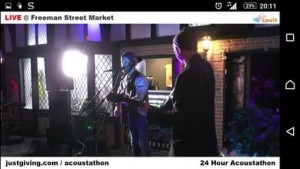 Chris Cooper & Darryl Ebbatson were part of the 24hr Acoustathon which took place last weekend in Grimsby – From 3pm on friday afternoon until the same time on Saturday bands and soloists played to raise money for the 4louis charity.

The event was streamed on Youtube for all to see!

Chris Cooper dedicated a song to Pam Barley who’s birthday it was and who was watching in France along with friends !

We’ll be posting a link to the video shortly

Thanks to all who made it such a success and to David Hubbard for organising it all and everyone who helped him!