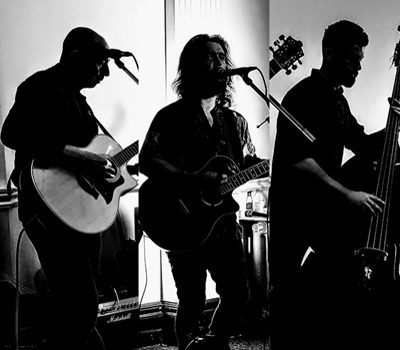 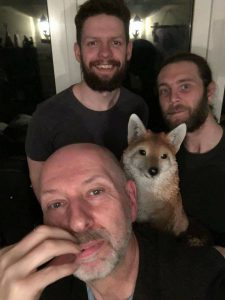 ChrisCooperBand are an Indie/Folk/Rock band originally from Scunthorpe, North Lincolnshire.

Having covered most of the UK in 2010/11 the band returned to their hometown to begin work on their follow-up album ‘Kings of Contradiction’ which would see them expand the sound and as a result, add new members, Gav McArthur, Jack Spence and latterly Phill Vernon to the touring lineup.

The addition of new blood and the evolution of the band sound brought with it interesting developments as the guys continue to play melodic folk rock but mixing in elements of the harder Indie-influenced driving chords and adding a pinch of Americana to the pot. A wide array of influences give opportunities to explore musical directions and not be limited to genre specifics, making them sound like no other British band around now.

In support of their album ‘Kings of Contradiction’ the band completed a tour including headlining the Country Stage at the eclectic C-Fab Festival in May 2014, several dates in France as well as other dates in Driffield, Peterborough and Grimsthorpe Festival in Bourne, Lincolnshire.

The band took a break from touring in 2015 to work on material for a new album but still found time for a few live dates including a set at Sheffield City Hall as part of the prestigious Tramlines event and a few acoustic sets featuring Chris Cooper and Darryl Ebbatson.

With a sets worth of brand new songs in the bag the band have undertaken some low-key acoustic gigs including the ‘Northern Sky’ acoustic festival on the bill with Richard Hawley in September and support for Andy White in December 2016 to introduce these new tracks before a more extensive tour throughout 2017 with the addition of Chris Logan on loan from Ramble Gamble on double bass to coincide with the release of their new album ‘The Glorious Sins’ in Feb 2019. 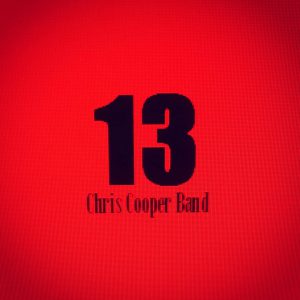 A new single ’13’ was dropped on an unsuspecting audience at the beginning of June and this track from the forthcoming album ‘The Glorious Sins’ is available as a free download from our shop!

ChrisCooperBand also played the wonderful Festival8 for the 3rd time this year as they once again performed on the Main Stage, this time on the Saturday afternoon. With a wonderful time at Scunthorpe Arts Festival and a magnificent appearance at Folk Night Live in early August, 2018 turned out quite nice again!

2019 was even better, with appearances at the legendary Wroot Rocks, A Perfect Day at Cabourne Parva and Party In The Park supporting Toploader to name just a few!

The band concluded early 2020 as part of the collective known as ‘Folk Night Live’ which includes fellow Smallcogmusic artists Ramble Gamble and Momma’s Days Are Done. The tour included dates in Sheffield, Doncaster, Leeds and Newcastle before prematurely ending as did everything else!

Their latest album ‘The Glorious Sins’ is still available on this site!

2020 was the 10th Anniversary of the band with lots of events planned – Pre-COVID of course! so once we can get out again again we’ll be making up for it!

Gigs are being rescheduled and one we can confirm is the ‘Ey Up Mi Duck’ Festival organised by Wroot Rocks which is now taking place 6th-8th May 2022.

As more gigs are added they will on our Events page!

In the meantime the band have kept busy making videos of covers recorded as part of the Folk Night Live Song Challenge! You can see those on our video page!

We have also been remotely recording our new album which is due for release late Spring 2021!

Click HERE to visit the Shop for ChrisCooperBand music!

“Aspirational songwriting, a gentle blend of driving chords and heartfelt, woeful lyrics, reminding us what it really is to live”
– C Fab Festival 2014

“Mixing electric with acoustic instruments and a strong defining drum beat along with the complimentary keyboard to back up to create its indie with a folk twist, the songs are up beat, memorable and a lot of their tunes you just can’t stop singing in your head.”
– Backseat Mafia Magazine

“Great band, cant wait to have them back on the show”
– The Friday Show, Estuary TV

“Proving original music still has a home in Lincolnshire…”
– Flatrabbitmusic