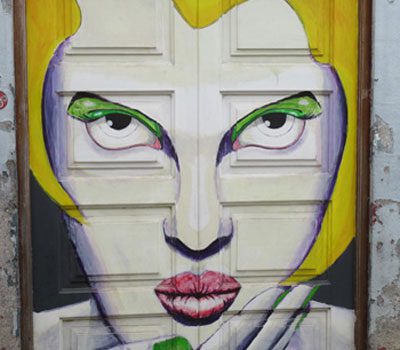 Ebbatson Baird – Darryl Ebbatson and Eddie Baird first worked together on ‘Space to Hula’ which although marketed as a solo album by Darryl (Eds choice at the time!) was a full collaboration with Ed singing as well as co-writing and playing guitar on some of the tracks.

Encouraged by the artistic results they worked again on ‘Bare Facts’ which features songs written together and separately, resulting in a diverse sounding album, more lushly arranged than ‘Space to Hula’ taking place with writing and recording tracks for what became the next Ebbatson Baird album. The sound is similar but different, smoother and more sophisticated and layered but always with the distinctively velvety tones of Mr Baird!

The new album ‘Doors’ was released in December 2016 and features 11 new tracks including their first instrumental track ‘Ninotchka’ which gives hints as to a future film project….

Get the Doors CD from our shop! – a few remaining copies include a badge and sticker featuring the album cover!

Darryl and Ed are currently recording some new tracks as part of a compilation album and also working on an exciting new project due for release late 2018!

For all things Ebbatson Baird in our Shop, click HERE!