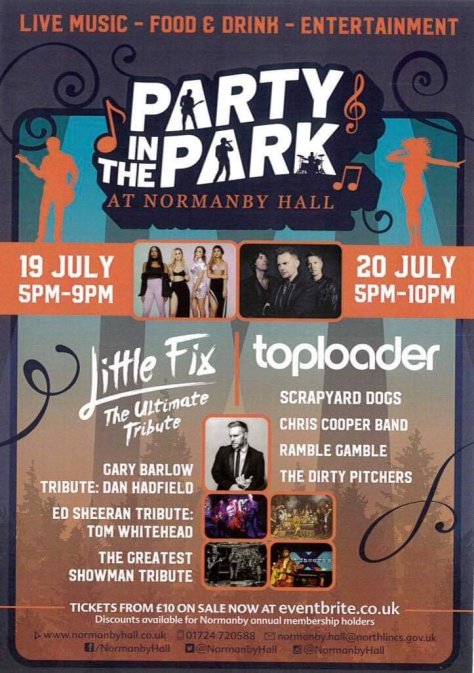 Party in the Park

Normanby Hall Country Park have announced details of a new summer music festival with an exciting line-up of international and local acts.

The event will take place on 19 and 20 July 2019, with multi-million selling band Toploader topping the bill on Saturday 20 July.

Known for their global hit ‘Dancing in the Moonlight’, one of the biggest songs of recent times, their debut album, ‘Onka’s Big Moka,’ sold over one million copies and remained in the Top 5 of the UK album chart for over six months, earning them 4 Brit Award nominations. With a reputation as a genuine crowd-pleasing live band, Toploader have backed the likes of Robbie Williams, Noel Gallagher and Bon Jovi.

Our very own ChrisCooperBand and Ramble Gamble are playing on the Saturday!

Appearing alongside Toploader are: